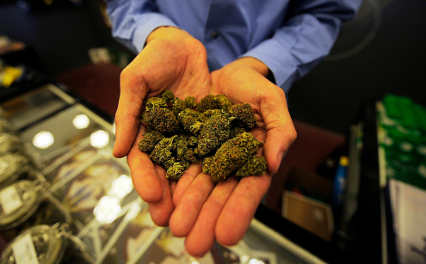 Prosecutors around Washington have begun dismissing misdemeanor marijuana charges that fall within the requirements of the new law. Although the new law, Initiative 502, does not officially go into effect until December 6, 2012, we have been getting dismissals early.

Here in Clark County, the County Prosecutor’s Office is dismissing marijuana possession charges where the defendant is at least 21 years-old and the amount possessed is less than an ounce or 28 grams. Other charges involving marijuana, like delivery and growing, will still be prosecuted.

Law makers still need to decide how to implement other areas of the law. Rules for growing and selling marijuana will be worked out over the year.

I was arrested for Assault 4, Domestic Violence charge in July of 2021. I contacted Kris and while he was adamant that he could not see the future he explained what to expect and what he could do for me. The prosecutor made an offer for reducing the charge to Disturbing the Peace with bench probation and a small fine. I hinted to Kris that this would allow me to keep my rights to firearms and that I would consider it and Kris told me that he was hoping to get a dismissal of all charges. After a couple of phone calls to the prosecutor, this was the result. Kris was direct and to the point in any communications I had with him and he didn’t make any false promises. If you want a straight shooter who gets results, call Kris. He did it for a flat rate that was fair and I could not have asked for more.